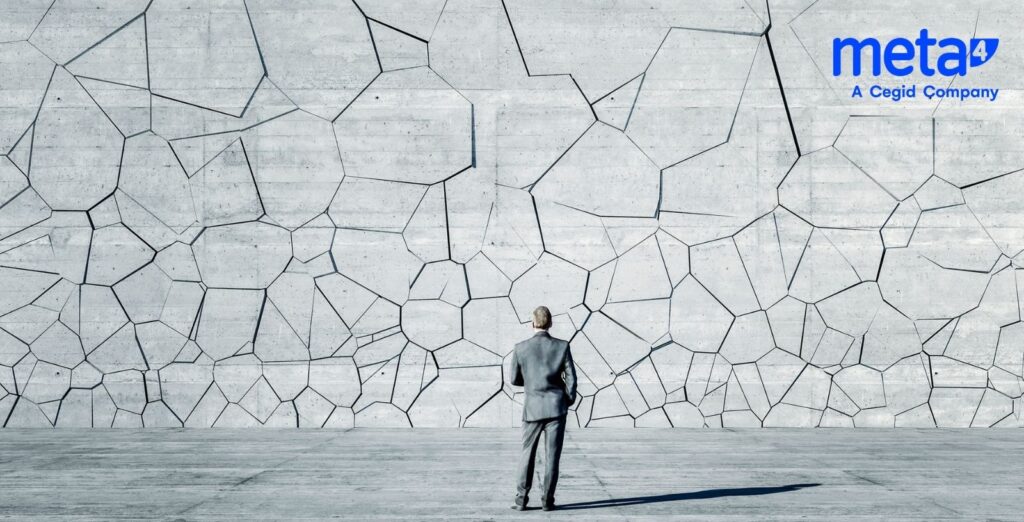 Peopleware: the big obstacle for digitization

Digitization and its big sister, digital transformation, are undoubtedly top issues on today’s agenda for most organizations.

This is logical, given that generally there is consensus on the critical role that these change processes currently have and in particular will continue to have in the global economic landscape in the short and medium term.

However, as far as people are concerned, we are grappling with rather wide-sweeping and somewhat ambiguous concepts, with multiple implications.

In some cases, for instance with , the effect can be as radical as making jobs disappear, replacing people with machines.

But in many other cases, what will change substantially is the way people work and interact.

Right in this context, the concept of peopleware begins to make sense. This refers to how the role of people –and human talent generally – is yet another element in computer ecosystems, along with hardware and software.

Most experts agree that the main challenges in digitization and digital transformation processes are not technological, but human.

Applying technology to keep doing what is already being done, but more efficiently, faster, and more profitably, does not usually cause too much friction. They are minor changes that do not force people to leave their comfort zone, but only make it a little bigger.

The problem grows as people are forced to make a more profound change, since the tendency to keep the status quo is strongly rooted in human nature.

This is why it is so important to work thoroughly on the organization’s culture before and during the processes for digitization and digital transformation. For these change processes to be successful, people need to evolve and develop a much more adaptive mindset.

The Davos Forum recently identified cognitive flexibility as one of the ten most required skills for this era. Developing it is essential so that permanent change is no longer perceived as a threat but as a natural part of daily life. The implementation of agile methodologies such as Agile, Scrum or GTD plays a key role in this preparation for change.

Lifelong learning as an attitude for life

Together with resistance to change is a lack of lifelong learning as a habit. This is an extra hurdle, since the processes of digitization and digital transformation are in turn supported by ever changing technologies. The only way not to be left behind is to continuously learn about them.

We can’t forget that technology has been present in organizations for at least a couple of decades and, nevertheless, its usage is minimal compared to its potential.

The harsh reality in organizations is that most people only learn the minimum necessary to “survive” technology. We’re doing something wrong if we experience technology as an evil to overcome rather than an ally to work with.

If you are not geeky, you are in danger

There is also a widespread cultural problem in that mastering technology is seen as something exclusive to “IT people” or “geeks”. And it is a serious problem because reality is moving in the opposite direction.

The need to “invent” new jobs as a result of digitization began over a decade ago. For example, at Applied Biosystems (now part of Thermo Fisher) when we launched the Next Generation Sequencing division, it took us almost nine months to find a bioinformatician. Universities advance several decades behind the times.

The traditional mindset was of no use. The latest generation of genetic sequencers produced such a volume of information that it could only be handled by advanced digital systems, specifically using databases from one particular provider.

However, people with advanced training in biotechnology had no knowledge of these databases, nor had experts any advanced knowledge of biotechnology. Consequently, there was no way to convert all this huge amount of information generated by the technology into value. Fortunately, we found someone who took initiative, gained a doctorate in Microbiology, and became certified in this database.

What I mean by this is that neither Big Data, nor blockchain nor AI are “IT things”, but resources that any professional aspiring to a place in the digitized organisation – either as an employee or a manager – must be aware of and know how to use.

Through my work, I am concerned to see how the level of knowledge and the application of technology in organizations is generally alarmingly low, verging on what we might call “digital illiteracy”. I find it hard to imagine a near future where these same people will be able to interact effectively with the looming digital transformation. That’s why I think peopleware is the big obstacle to digitization.

“If you think of the average age of most board members around the world – and, frankly, of their backgrounds as well – they are not digitally ready.” James Bilefield – McKinsey.

“Most of the executives I talk to are still very much focused on digital largely as a way to do “more of the same,” just more efficiently, quickly, cost-effectively. But I don’t see a lot of evidence of fundamentally stepping back and rethinking, at a basic level, “What business are we really in?” John Hagel III – Deloitte