Can a robot possibly take our jobs? This question has been going around in all our heads again and again, ever since the moment when the machines began to acquire intelligence. In recent years, this phenomenon has become more exciting due to new developments in automation, artificial intelligence and machine learning.

If you are a physical therapist, automotive mechanic supervisor, journalist or photographer, you have no reason to worry. However, if you are a taxi driver, accountant or cargo agent, it is time to think about changing your profession. This is the conclusion reached by the creators of “Will robots take my job?”, a website that lets you find out whether a job is in danger of extinction due to machines and digital transformation.

Using a Gaussian process classifier, this website enables to estimate the probability of computerization of 702 jobs and occupations. It shows that bank loan officers, carpenters and mechanics have a high probability of their profession being automated (97%, 92% and 88% respectively), while financial auditors (17%), first line supervisors of construction trades and extraction workers (17%), private detectives (31%) and orthodontists (2%) have a lower automation risk.

Beyond the possible loss of jobs, there are several myths and realities around the use of robotics in activities that until recently were done by humans. Let’s have a look at them:

MYTH: ROBOTS WILL REPLACE HUMANS AS A WORKFORCE

“In fact, workers should view robots as how skilled craftsmen view their precision tools: enhancing output while creating greater job satisfaction,” says Shahin Farshchi, partner at Lux Capital, a venture capital investment firm for robotics initiatives. In this context, robotics should be seen not only as a means to improve operations efficiency, but also to improve the quality of life for workers.

Although it is obvious that human factors involved in a work activity impact job automation, it is also true that highly repetitive tasks—and even mechanical ones—are ideal for robots. Besides greater efficiency and speed, automation leads to a lower risk of accidents, greater control and autonomy, and above all, fewer costs for organizations.

Robotization is the very opposite of losing jobs. Only 10 percent of jobs are fully automated. Moreover, with collaborative robots (cobots), production increases by 50% without job loss, reveals a report by Universal Robots, which also predicts that between 2017 and 2020 robots will create more than 2 million worldwide.

MYTH: ALL WORKPLACES ARE SUSCEPTIBLE TO AUTOMATE

REALITY. Not all jobs can be automated. However, it is more likely that automation takes care of predictable physical activities. For example, lathe technicians, assembly line welders, cooks or packers (who all fall under the category of predictable physical activities) have a 78% chance of automation, states McKinsey. In contrast, only 25% of jobs in construction, reforestation or raising animals in the open air will be affected

REALITY. When people think of robots, images of large assembly lines and complex automated processes come to mind. However, the reality is different since robots now come in the form of algorithms through Robotic Process Automation (RPA)software that can easily program basic and routine tasks through rule-based processes.

“With an RPA algorithm a robot can be taught to do a workflow, for example, to take an invoice, scan it, record it received, check it is complete, store it in a repository, and bring the area in charge of next processing it up-to-date, “says Jaime Yory, Senior Managing Partner and co-founder of SDW – Automation Anywhere.

RPA is also used in repetitive or potentially labour-intensive processes for workers, such as lifting, stacking, moving, gluing, screwing, packing, dispatching and even welding and painting.

REALITY. Although artificial intelligence and machine learning make us believe that robots are endowed with superior intelligence, in fact they don’t yet have the ability to learn from experience and to respond to unknowns. So as things stand, however much processing speed and automatic learning a robot has, it doesn’t beat factors innate to the human brain.

MYTH: THE ROBOTS WILL DOWNGRADE SALARIES

REALITY. Although robots reduce the hours of work for less qualified employees, the same doesn’t occur for the total hours these employees work. Let me explain, robotics can reduce the salaries of less qualified workers, but at the same time, they can free them up to do more qualified jobs. To avoid this, companies must invest in training programs for the workers who can be replaced by automation.

REALITY. There is some truth in this statement. Certainly, robots can be expensive, but this doesn’t apply to all types, especially those based on Robotic Process Automation (RPA), where the development process incorporates algorithms that significantly reduce costs.

Moreover, think of how domestic robots—be it a vacuum cleaner, a lawn mower or a pool cleaner—are increasingly part of our daily lives. This level of consumption that robotics has attained makes it affordable to automate tasks in modern homes to obtain greater control, security and comfort.

MYTH: ONCE UP AND RUNNING, ROBOTS DON’T TAKE A BREAK

REALITY: Like any other piece of hardware or machinery, robots require regular maintenance. Whether it’s to oil their moving parts or to change internal fluids, automatic machines require certain downtimes. Just as the human workforce requires administration, similarly the robotic workforce requires a control and supervisory body to ensure its proper functioning.

Robotics is becoming more and more present in our lives. And although there are latent risks to do with displacing work, security and privacy, there are more benefits than detriments.

Although artificial intelligence can perform almost all of a job’s inherent functions, it doesn’t mean that it possesses human nature’s qualities and ways of taking action.

Whatever the future may be in the company of robots, no machine will succeed in replacing skill, critical thinking, decision-making and, above all, human creativity. 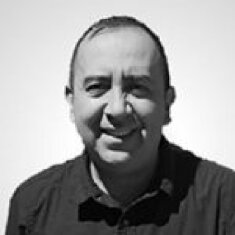