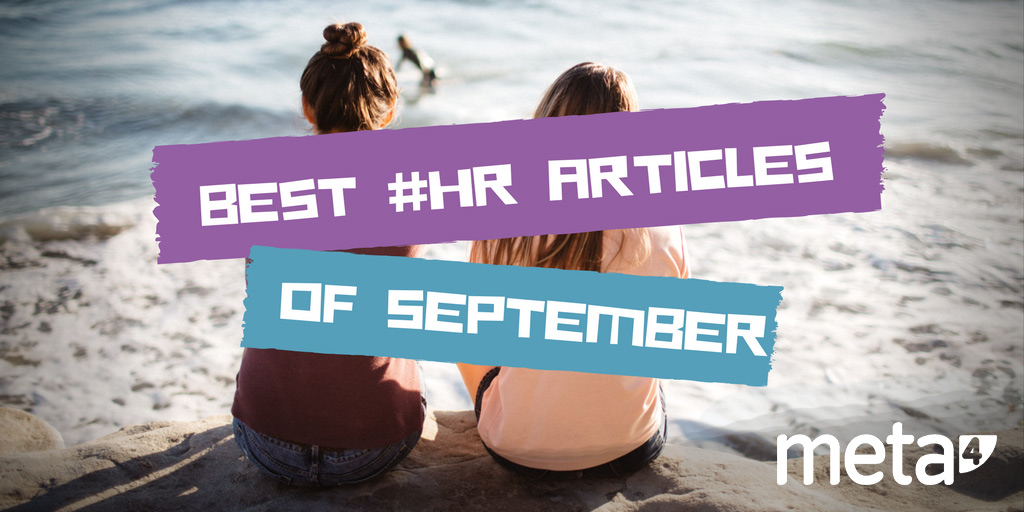 Here we have our best selection of September HR articles, hope you enjoy it!

1.The Case for Investing More in People

“Productivity isn’t everything, but in the long run it is almost everything,” wrote Paul Krugman more than 20 years ago. “A country’s ability to improve its standard of living over time depends almost entirely on its ability to raise output per worker.”

There is a virtuous cycle between productivity and people: Higher levels of productivity allow society to reinvest in human capital (most obviously, though not exclusively, via higher wages), and smart investments result in higher labor productivity.
Unfortunately, this virtuous cycle appears to be broken. Productivity in most developed economies has been anemic. In the decade between 2005 and 2015, labor productivity in the US as measured by GDP per labor hour was less than 1% for 7 of the 10 years, according to the OECD. And wages are stagnant. US unemployment hit its lowest level in 16 years this past May, yet wage growth has been sluggish compared with similar periods in the past. (…)

Artificial Intelligence is the science and engineering of creating intelligent machines or computer programs, this is how the father of artificial intelligence John Mc Carthy defines or describes it. It is one of the most effectual ways of making an adept and beyond belief computer, a robot controlled by computer, or software which seizes an aptitude and potential to think smartly.

AI woks on the principal of how a human brain thinks, learn, decide, and work in different situations or problems; it is a research wherein once the desired outcome is attained, is then used in creating extremely intelligent softwares and systems which can be of a great use. If we look at the two basic goals of AI, they are to create expert systems and implementing human intelligence in machines. (…)

3.Why it’s time we paid employees to exercise at work

The clanking of weights. The thump of bass from a Bluetooth speaker. The squeak of sneakers on rubber mats. People sucking wind and straining for a few more pull-ups or squats or lunges.

These are the sounds of my office — or at least one small corner of it — each and every day. We’re a technology company with around 1,000 employees, not a gym. But from the start, I’ve built fitness into how we do business. For health, for morale and, yes, for the bottom line, it’s the best decision we could have made. And it didn’t require much of an investment or sacrifice — just a commitment to enable exercise in the office. (…)

4.Employee Engagement is all about the Emotional Connection. Period

Every company wants an engaged workforce – but what does that mean? It certainly means more than simply having employees who give solid scores to the performance of leadership or say the salary and bennies are good. Even agreement that a company is a “good place to work” or “I enjoy my work” falls short of engagement. Those criteria are essential, but they are just a start.

Employee engagement is all about the emotional affinity employees feel for a company. Everything else is important only insofar as it translates into an emotional connection. The engaged employee feels a sense of immersion in a company, its culture, its well-being. They don’t just work for the company; they are part of the company and the company is an important part of how they define themselves. (…)

5.Why AI Doesn’t Mean Taking The ‘Human’ Out Of Human Resources

Artificial intelligence, commonly known as “AI,” is a popular buzzword these days. Some of us hear the term AI and picture of a dystopian future where people lose jobs and control to robots who possess artificial — and superior — intelligence to human beings. Others are more sanguine about our ability to control and harness technology to achieve more and greater things.

While it’s impossible to predict how exactly AI technology and capabilities will evolve, the fact of the matter is that AI is no futuristic science fiction; it is here today in many forms and manifestations. And AI exists in areas you may not necessarily think it does — such as in HR departments where the technology actually helps place people in jobs rather than make them redundant. (…)